The United States has 50 states. The most famous state is that of California. Its area is 411,100 sq km. Its capital is Sacramento. It is situated in the west, bordering the state of Oregon to the north, those of Nevada and Arizona to the east, Mexico to the south, and the Pacific Ocean to the west. Arnold Schwarzenegger is currently its governor.

California is the most populous state in the United States with a population of 29,760,000. (Census of 1990). Its important cities are Los Angeles, San Diego, San Francisco, San José, Fresno and Santa Barbara.

California has important features. Yosemite Falls is the highest waterfall in North America. It has the tallest type of tree in the world, the sequoia. These features have made California famous, but it is best known for its cinema city Hollywood, with universal studios, Sunset Strip and Beverly Hills. Computer fans know it for the Silicon Valley where chips started to be made for the first time in the 1980s. The most famous bridge is the Golden Gate Bridge in San Francisco and California’s most famous observatory is situated on Mount Palomar.

Activity One:    Read the text and answer the following questions—-( 2pts )

1) In which paragraph are the features that made California famous mentioned?

2) Who is the governor of California?

3) What do the underlined words in the text refer to?

1- California has no borders with Mexico.

2– San Francisco is one of California’s important cities.

3-California has the highest waterfalls in the world.

Activity Three:1- Find in the text words that are closest in meaning to the following: (1 pt)

1- Find in the text words that are pposite in meaning to the following:   (1 pt) 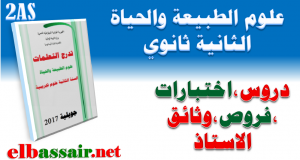